Anyone with a basic understanding of Instagram and Snapchat knows that Instagram is a photo sharing network where people upload snaps of their food, friends, travels, brand, and most importantly their selfies.

Conversely, Snapchat is a photo sharing platform where people share their stories, adventures, and day to day interactions.

When Snapchat first came out, many people were skeptical. How exactly can you leverage yourself, your brand, and engage with your followers when your amazing stories only last for 24 hours?

Despite the pessimists and nay-sayers, Snapchat is the ‘it’ platform right now.

Now for the story.

A few days ago, Instagram users woke up to a new feature called ‘Stories.’ This feature works exactly, and when I say exactly I mean EXACTLY like Snapchat Stories. Instagram (which is owned by Facebook) basically said, Snapchat is excelling at this, let’s use the same idea on our platform (P.S. they have admitted to this.)

Now, because of some intellectual property laws which I will not get into (because I barely understand them), this whole move by Instagram is 100% legal. Instagram users now have more reason to stay on the platform, instead of spending time on the Snapchat app (yay for them!) 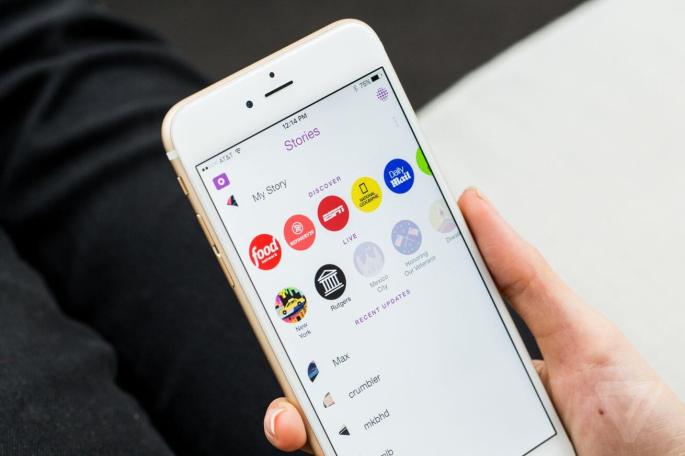 There is Nothing New Under the Sun

For those who fall in the latter category, one statement keeps on getting repeated ‘there is nothing new under the sun.’

Not only is this statement true, it is extremely important.

Many people are under the false impression that innovative ideas like Uber, Facebook, and Airbnb were conjured out of thin air, when the truth is that these platforms are the result of many ideas from many different people over a period of time.

Uber did not create the ride sharing idea and Facebook was not the first social network. In fact, many of the features it has right now were taken from other platforms.

However, in all of this, Uber, Facebook, and Airbnb identified an existing idea, took out what didn’t work, positioned their service in front of the market at the right time, and executed it the best.

The argument here is that while Snapchat were the ones who made the Stories feature popular in the mainstream market, they didn’t create the concept and therefore don’t have exclusive rights to it. Competition in a free market means that anyone can take your idea, execute it, and reap the results.

On the other hand, we have people decrying Instagram’s move. Something I can sympathize with.

While Snapchat might be the #1 social networking app right now, its power pales in comparison to that of Instagram. This is still a small platform that is trying to attract a larger user base while figuring out how to monetize.

So, when Instagram (a.k.a Mark Zuckerburg) swoops in and steals the one feature which acts as their unique selling point, it reminds me of a grown man stealing candy from a baby (not cool!)

The app world is quickly growing, and with more innovators releasing their carefully crafted apps into the online sphere, do they have to worry that giants like Facebook, Twitter, LinkedIn, Pinterest and Google+ will decide to copy and paste what they’ve worked hard on?

How is competition even possible in this scenario?

And this is not something new. For a very long time, large corporations have been accused of stealing ideas from smaller businesses and individuals who didn’t have a leg to stand on.

This move by Instagram is without a doubt beneficial to their consumers, but it casts them as a domineering dictator afraid to lose power. You might agree that this is a cheap shot, or you might believe that Instagram is just making decisions that keep it competitive.

After all, if your competitor was doing something that attracted your target market, wouldn’t you just replicate their actions to boost your own success? At the same time, does Instagram’s move set a precedent for how larger platforms will cement their positions of power?

There’s no guarantee that Instagram’s new feature will lead to the demise of Snapchat. Maybe Snapchat has something up their sleeve (maybe their user base will remain loyal.)

We’ll have to wait and see how this move pans out. Until then, what are your thoughts on this situation?

P.S. DO NOT LET THE FEAR OF YOUR IDEA BEING RIPPED-OFF STOP YOU FROM CHASING YOUR DREAMS!

What do you think? Cancel reply