Sacrifice is a concept known to each and every one of us. Though letting go of something or someone you love is tough, the outcome of this decision is usually beneficial.

As an entrepreneur, sacrifice is something you will encounter on a constant basis. Whether it’s putting a business idea on the backburner because it sucks up too much money, or firing a friendly employee because they are underperforming.

It’s all about the greater good!

But what happens when a strategic decision creates short-term losses that long-term gains cannot counteract?

What Brought About this Contemplation?

According to Reuters, nearly 100,000 tonnes of second-hand clothes are imported from countries like Canada, the UK, the US, China, Japan, and Germany. These mitumba clothes are originally intended for donation.

Once wholesalers get hold of the imported bales of clothes, they open up their stock to retailers. These retailers choose the best clothes based on design and fashion trends, and then sell them to the public.

It employs around 65,000 workers; with skilled traders at this market bringing in huge amounts of profit. Additionally, casual laborers have the opportunity to make a living while learning critical entrepreneurial skills, such as negotiation, sales, and marketing.

Low-income and middle-income families also have an affordable way to purchase fashionable clothes, bags, beddings, shoes, toys, among other products found at the market.

It sounds like a win-win to me, and it probably does to you. So what’s the problem?
Simple; the East African Community is looking to ban the imports of these second-hand clothes by 2019.

The State of the Textile Industry

The reason that this ban is being discussed is due to the poor performance of the country’s textile industry. To say that it is on life support is an understatement.

In the 60s and 70s Kenya’s textile industry was in full swing. In fact, it was the number 1 manufacturing activity in the country, with over 200,000 people employed in both the farming and manufacturing sector.

However, in the 80s and 90s, a flood of second-hand imported clothes combined with the total collapse of the cotton industry crushed Kenya’s textile industry.

This industry went from being the 5th biggest foreign exchange earner, to barely being a player in the global marketplace. Pretty disappointing, isn’t it?

While there has been recent investment in this industry from the Middle East, Asia, and the Kenyan government, it only employs 20,000 people and it does not operate at full capacity.

Reviving the textile industry will give small trade operators access to capital which they can use to buy new machines and technology, hire more employees, and operate at maximum capacity. It will also allow larger companies to optimize production, giving them a competitive advantage against other countries.

The Case for the Textile Industry

However, East Africa is quickly becoming a lucrative apparel sourcing centre. According to a McKinsey and Company report, Kenya, Ethiopia, Uganda and Tanzania, could possibly trade Ksh 300 billion ($3 billion) worth of goods in the apparel and garment industry by 2025.

A revived textile industry will therefore have the ability to:

3. Create better (skilled) jobs for the population, including the underemployed youth

4. Create economic diversification so that the country does not rely on one revenue source

Taking into account Kenya’s high production efficiency and its African Growth and Opportunity Act trade agreement (which gives Kenyan companies quota free and duty free entry into the US), the revival of the textile industry seems like the way to go.

However, for any of these lofty goals to be reached, Kenya has to attract a key global apparel company such as Primark or H&M. While several chief purchasing officers of these companies have shown interest in creating sourcing offices in Kenya, they are deterred by the high energy costs in the country, relatively unskilled labor, substandard facilities, inefficient import processes, and high minimum wages (as compared to our Ethiopian neighbors).

This means that Kenya has to make significant investments in its energy, manufacturing, and education sectors, in order to make it a more viable option for apparel sourcing.

There is also worry about the environmental and social impact of making Kenya a major apparel sourcing centre; land grabbing and deforestation to make room for cotton farms are at the top of the list.

And we can’t forget ethical issues. Countries like Bangladesh and India have made headlines time and time again for factory fires, factory collapses, child labor, forced labor, and unpaid labor in the garment industry. In all of these cases, major global companies have been the culprit.

It’s therefore the government’s job to ensure that labor laws are strict and clear, ensuring that Kenyan workers do not get taken advantage of. 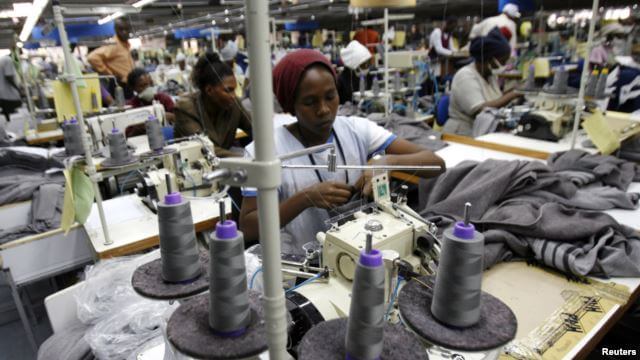 However, unless the 65,000+ people currently employed in the mitumba trade are immediately employed in the textile industry, the ban on these imports will be devastating. Tens of thousands of jobless people equals to increased crime, school dropouts, suicide, starvation, and a descent into total chaos.

Perhaps an increase in import tariffs on cheap (but new) clothes coming from China will be more effective. Their ridiculously low prices pose an unfair advantage over the local textile industry.

I believe that Kenya’s textile industry and mitumba trade can coexist if both sectors are streamlined. As the textile industry grows it has the potential to employ more people from the mitumba trade, therefore reducing dependency on imported second-hand clothes without leaving tens of thousands of Kenyans without a means to feed their families.

This is a case where the short-term losses of banning the mitumba trade far outweigh the long-term gains of reviving the textile industry. If the proposed ban goes into effect in 2019, there is a 6-year gap before the projected profits can be witnessed.

What happens in the meantime?

The solution is compromise on both sides, otherwise everyone will lose.

This same situation (albeit on a smaller scale) is something that all entrepreneurs will face at one time or another. Should I outsource a department? Should I close a division? Should I scrap an idea?

Whichever decision you make, do not gloss over the short-term impact.

If you found this article interesting or informative, remember to share it with your friends and colleagues. Also drop me a comment and let me know if you’ve ever been faced with a tough decision that proved to be disastrous in the short term.

Thanks for reading the entire article (if you haven’t go back to the top), and I’ll see you back here next week.

What do you think? Cancel reply